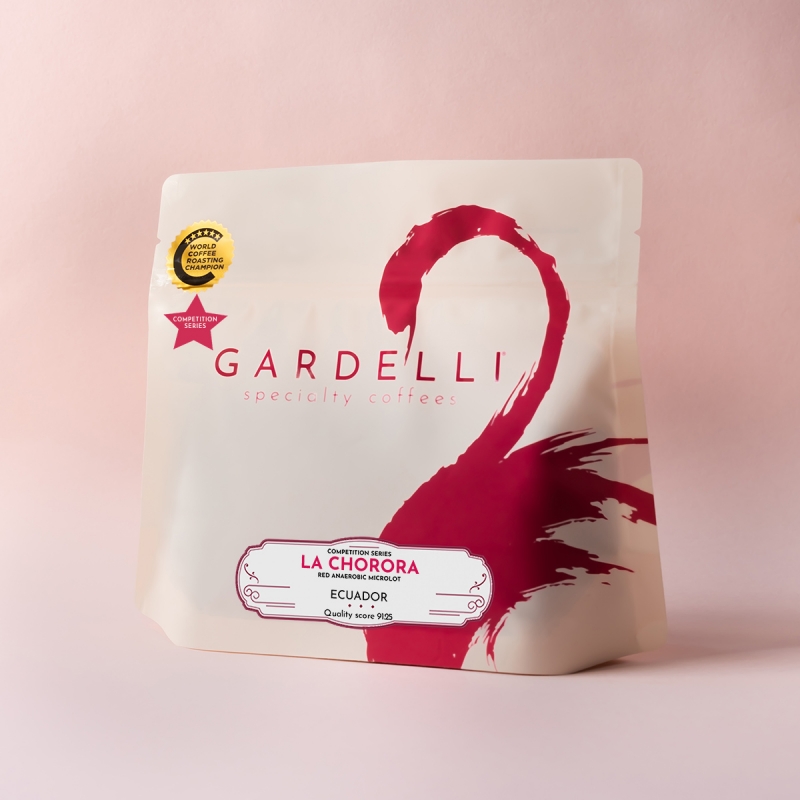 Owned by two sisters, Diana and Olinka Velez, this coffee farm is a truly unique place. With stunning views over the valley of Macara and Peru on the horizon, La Chorora is located on a steep hillside surrounded by primary cloud forest and crossed by the old "Inca Road" that once connected Cuzco with Quito.

Diana describes their venture in coffee as a transformative way of life. The sisters started planting coffee around the year 2000 after some big life changes. Since then, they’ve been drawn from the city into the farmland, investing a lot of effort, time and emotion into producing coffee. This land, as Diana and Olinka describe it, is mystical and charged with good energy.

The farm is divided into two main parcels: La Chorora, which means ‘water well’ in Kichwa language, and Yambamine, which means ‘land of gold. In both parcels there are a total of five hectares of planted coffee.
The varietals produced on the La Chorora parcel are Typica mejorado and Catuai.

This farm is also a pioneer in experimental processesing in Ecuador. Managed by Hernan Cabra, an expert in coffee processing, this farm has produced some unique profiles and has won the first two places in 'Taza Dorada' competition of 2019 with a record-breaking score in Ecuador.

Their coffees really speak for themselves. They are incredibly complex, balanced, and with a truly unique note of the fresh pulp of coffee cherry!

CATUAI
Catuai is a cross between highly productive Mundo Novo and compact Caturra, made by the Instituto Agronomico (IAC) of Sao Paulo State in Campinas, Brazil. The plant is highly productive compared to Bourbon, in part because of its small size, which allows plants to be closely spaced; it can be planted at nearly double the density. The plant’s shape makes it relatively easy to apply pest and disease treatments. It is mainly characterized by great vigor and its low height; it is less compact than Caturra. It is highly susceptible to coffee leaf rust. 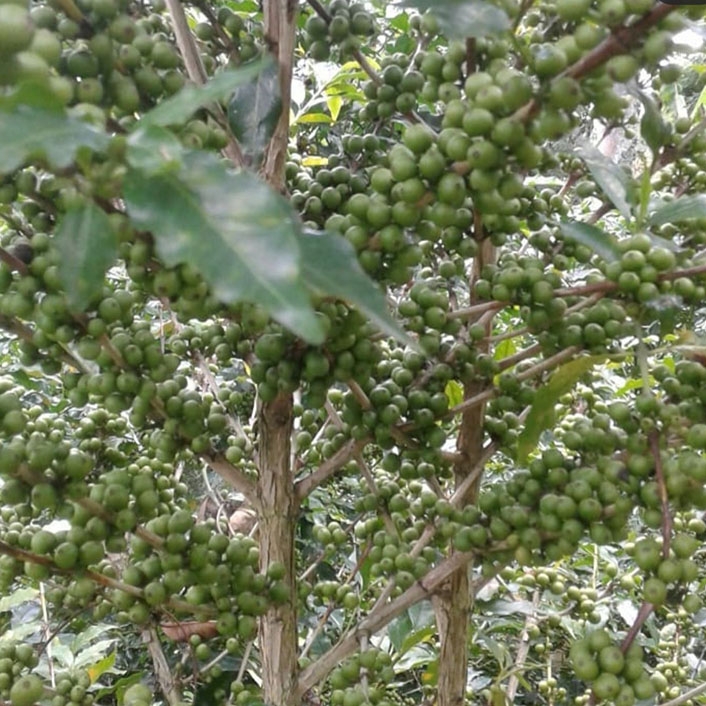 Cherries are picked by hand and the Brix degrees are measured to ensure the right sugar levels in the cherries. The full cherries are placed into tanks to go through an anaerobic carbonic maceration for 10 days. During this process, red stains form on the parchment which gives this lot the name of 'Red Anaerobic'.
After maceration, the coffee is pulped and laid in African beds under the sun for 2 days, moving the parchment coffee regularly for an even drying of all the beans.
Then, the coffee is taken inside polytunnels for a slow drying process of 15 days until the humidity reaches the desired level.
A final stage of stabilising inside GrainPro bags for 6 to 8 weeks happens before being ready for milling and exporting. 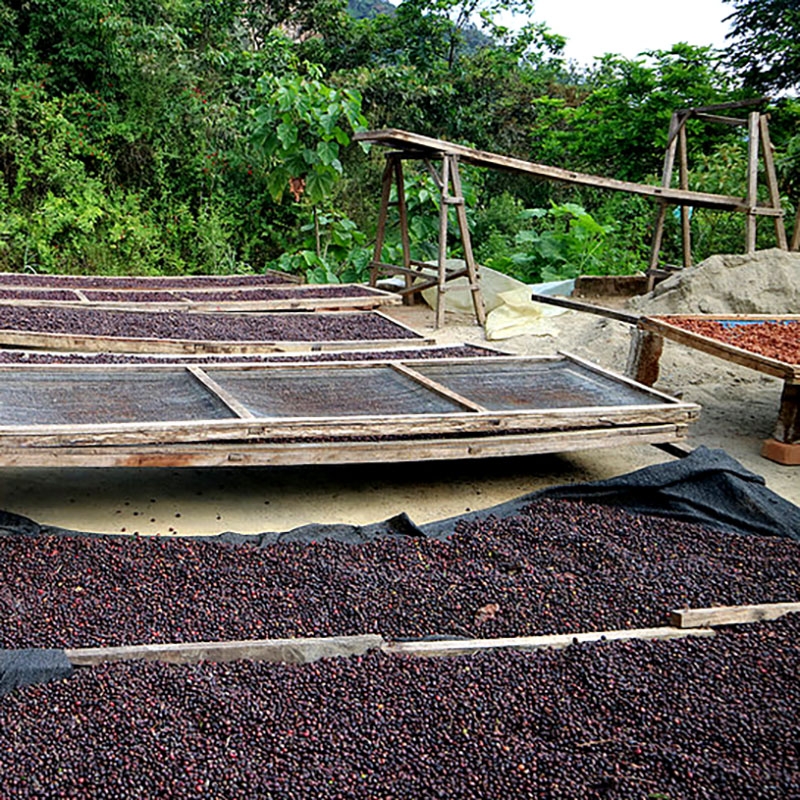