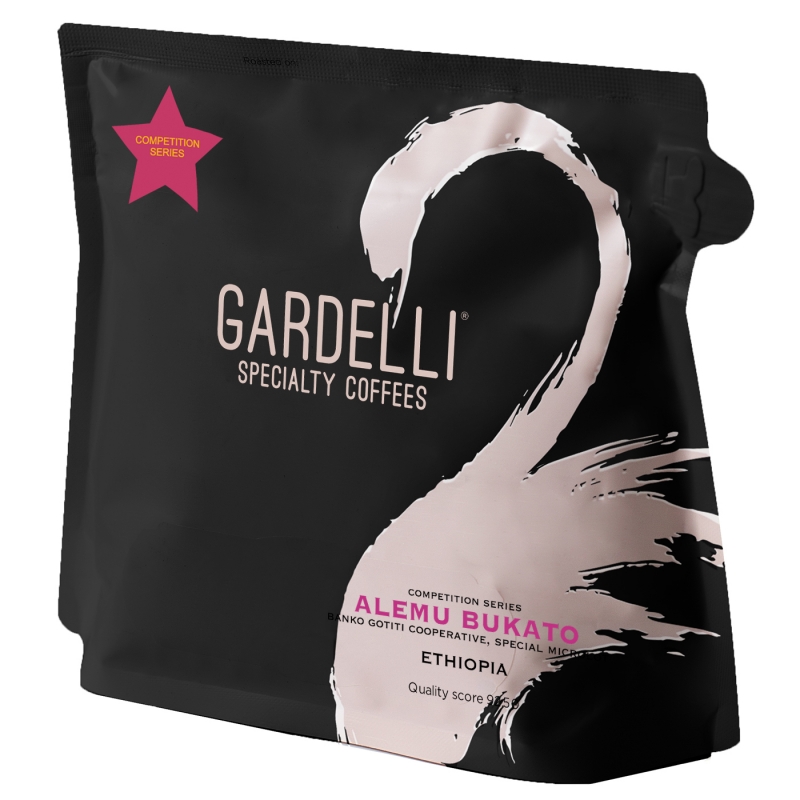 Ethiopia Yirgacheffe Alemu Bukato is a special selection sourced from family-owned farms organized around the Banko Gotiti Cooperative located in the village of Banko Gotiti in the southern district of Gedeb in the Gedeo Zone, Ethiopia.

Gotiti Kebele is in Kochere district, near Yirgacheffe in the ‘Southern Nations, Nationalities & Peoples’  region of Ethiopia. Over a number of years the region has developed a distinguished reputation for fine coffees, producing some of the most sought-after microlots in the world. The combination of high altitude (up to 2,200m in some areas), fertile soil, consistent and plentiful rains, and an abundance of local knowledge are all contributing factors to the high status of Yirgacheffe coffees.

The cooperative was established in 2012 as a separate entity from the larger Worka Cooperative, and currently has approximately 300 members. Banko Gotiti Cooperative is well known for the best coffee cherry selection in Ethiopia.

Ripe cherries are carefully selected and immediately placed on raised beds carefully constructed to ensure proper air circulation and temperature control for an optimal drying process.  Cherries are also turned regularly on the beds to prevent damage during the drying process. The cherries are stored in a local warehouse after the moisture is reduced to between 11.5 and 12 percent, and then transported to Addis Ababa where the coffee is milled and exported. 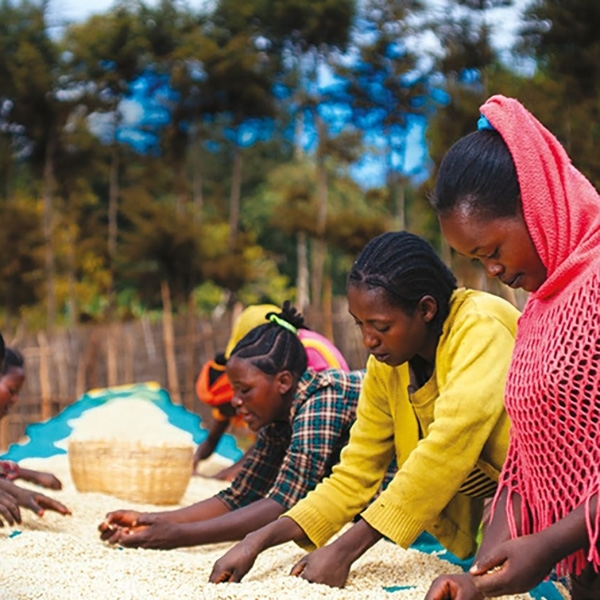 Ethiopian Heirloom, why the generic name? It's estimated that there are somewhere in-between six and ten thousand coffee varietals in Ethiopia. And due to this colossal figure, there hasn’t been the genetic testing to allow buyers to distinguish the varietal. With the cross pollination that naturally happens in the wild, the name ‘Ethiopian Heirloom’ exists as a catch all phrase to describe this happenstance. However, that really makes Ethiopian quite a mystery – and an interesting mystery with that as each village or town could potentially have a different varietal which could carry very unique properties.

Ethiopia is the birthplace of coffee, meaning it was only naturally found here! 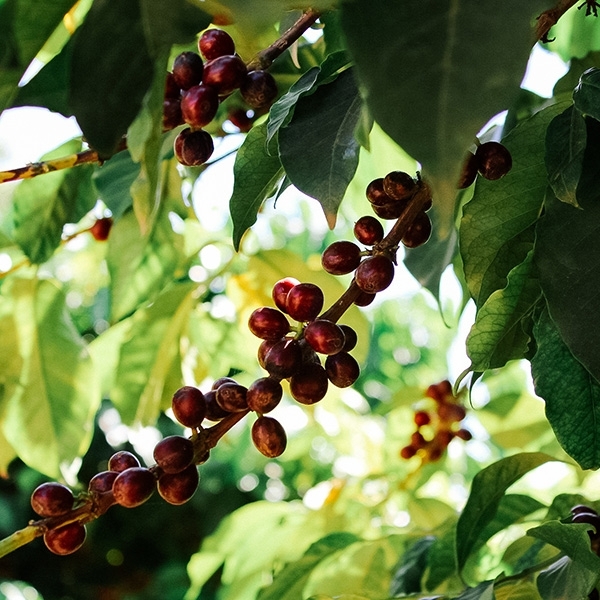 Dry process seems simple: pick the fruit, lay it out in the sun until it turns from red to brown to near-back, and then hull off off the thick, dried outer layer in one step to reveal the green bean. It is a method suited to arid regions, where the sun and heat can dry the seed inside the intact fruit skin.
It's often referred to as "natural coffee" because of its simplicity, and because the fruit remains intact and undisturbed, a bit like drying grapes into raisins. Since it requires minimal investment, the dry process method is a default to create cheap commodity-grade coffee in areas that have the right climate capable of drying the fruit and seed.
But it’s a fail in humid or wet regions. If the drying isn't progressing fast enough, the fruit degrades, rots or molds.

Dry-processed coffees can also be wildly inconsistent. If you want a cleanly-fruited, sweet, intense cup, dry process (DP) takes more hand labor than the wet process. Even the most careful pickers will take green unripe or semi-ripe coffee off the branch as they pick red, ripe cherry. If these are not removed in the first days of drying, the green turns to brown that is hard to distinguish from the ripe fruit. 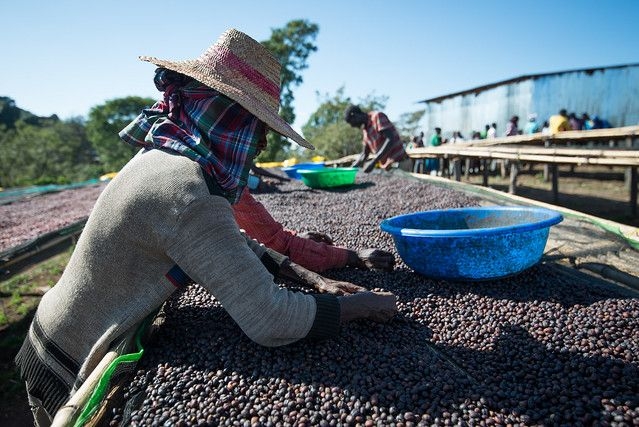