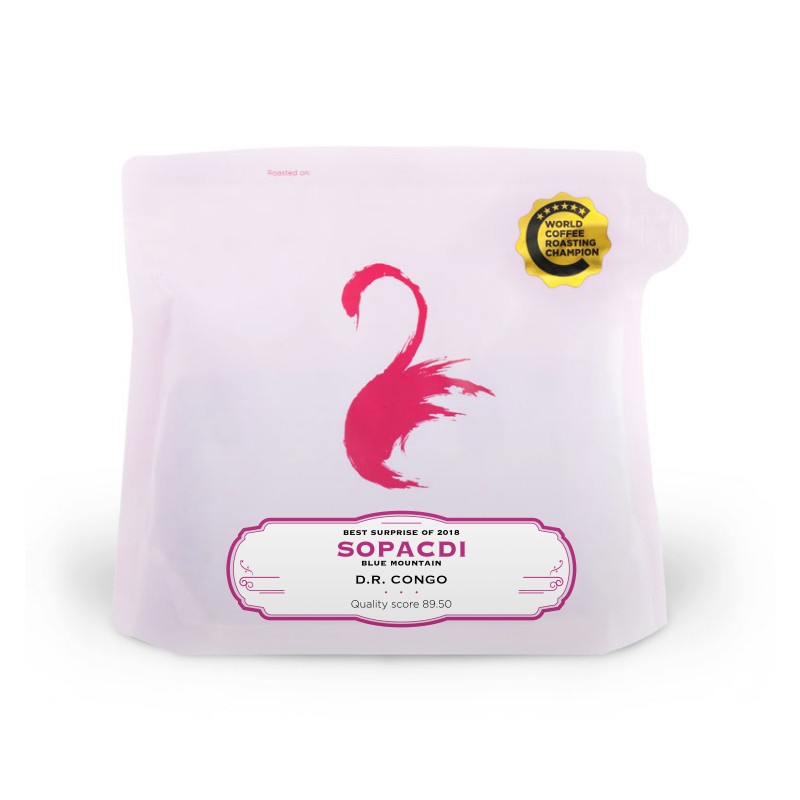 Sopacdi is reviving the reputation of the Eastern Democratic Republic of Congo for being a region which can produce outstanding Washed Arabica coffees. There had been no markets for farmers’ coffee for decades. They had no option but to take the dangerous smuggling route across Lake Kivu, bartering their coffee for food and everyday essentials. Others had been forced to flee their land due to the violent civil war.

Nine years ago, a small group came together, inspired by the newly formed specialty coffee co-operatives in Rwanda and talked about doing the same. In 2008 they found their first specialty coffee buyer and since then, the momentum has been building. Today, Sopacdi has over 3,200 farmer members and they have recently achieved Fairtrade and organic certification.

Sopacdi unites farmers from different ethnic groups – they speak Kirundi, Kihavu or Kinyarwanda – yet they are united in their vision to improve their families lives and communities through coffee.

Many of Sopacdi’s coffee farmers are widows, their husbands drowned smuggling coffee across Lake Kivu. Sopacdi pays a price premium for ‘Women’s Coffee’ to its female members, which helps enable them to provide for their families.

In 2011, Sopacdi opened the first coffee washing station in the Congo for forty years and theirs was the first coffee to achieve the top national grade – Kivu 2 – since 1967. Sopacdi’s farmers are renovating their land, incorporating measures to combat soil erosion and they are planting new coffee seedlings from the co-operative’s own nurseries. Farmers are attending workshops led by agronomists to learn about organic composting and mulching. Sopacdi has established a small tools fund to enable farmers to buy the equipment needed to produce the best quality coffee. 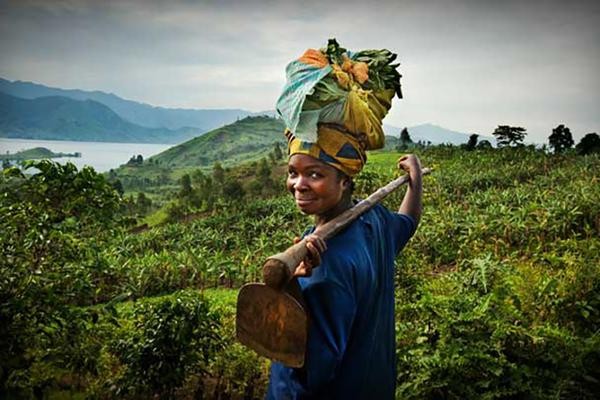 Blue Mountain is a Typica mutation originally found and cultivated in Jamaica’s Blue Mountains. Over time people began naming it after its place of origin: Blue Mountain.

Blue Mountain is now widely cultivated on Kona Island in Hawaii, where it is known by the name ‘Guatemala’. Genetically these two are undistinguishable. Beginning in 1913, it was also introduced in West Kenya, though it was never successfully planted in other parts of Kenya. It was the first coffee cultivar introduced to Papua New Guinea.

Blue Mountain is resistant to coffee berry disease and, like Typica, capable of growing to great heights. Nevertheless, it is not capable of acclimatizing to all climate conditions and tends to retain its taste qualities irrespective of location. 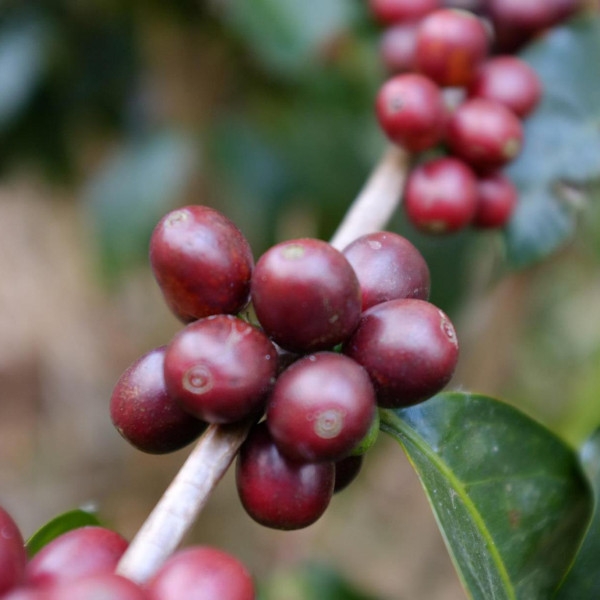 Washed coffees focus solely on the bean. They let you taste you what’s on the inside, not the outside. Washed coffees depend almost 100% on the bean having absorbed enough natural sugars and nutrients during its growing cycle. This means the varietal, soil, weather, ripeness, fermentation, washing, and drying are absolutely key.

Washed coffees reflect both the science of growing the perfect coffee bean and the fact that farmers are an integral part of crafting the taste of a coffee bean. When looking at washed coffees, it becomes apparent that the country of origin and environmental conditions play a vital role in adding to the flavour.

During wet processing, the pulp (i.e.the exocarp and a part of the mesocarp) is removed mechanically. The remaining mesocarp, called mucilage, sticks to the parchment and is also removed before drying. During this process, the sugars present in the mucilage are removed through natural fermentation or mechanical scrubbing. Mucilage is insoluble in water and clings to parchment too strongly to be removed by simple washing. Mucilage can be removed by fermentation followed by washing or by strong friction in machines called mucilage removers. Fermentation can be done by stacking the coffee outside or placing them under water and allowing nature to take its course. After the sugars are removed, the beans then can be taken through a secondary washing to remove any additional debris, or taken immediately to the beds for drying. 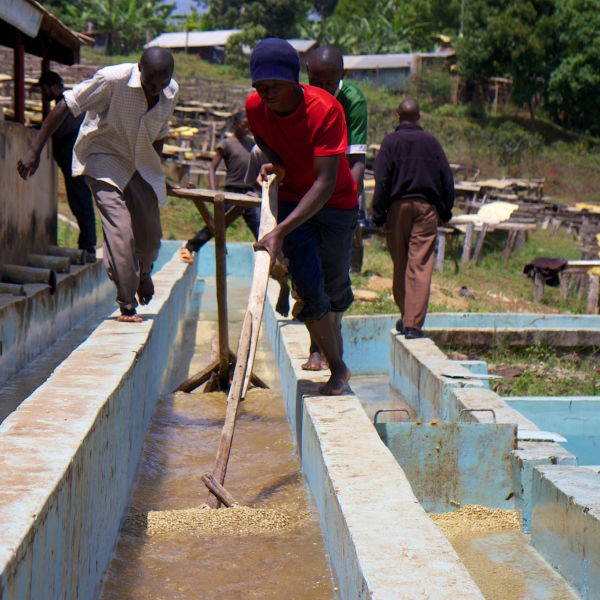