Mustefa Abakeno is a smallholder farmer who owns 18 hectares of land near Agaro, in the Jimma area of Western Ethiopia. Agaro in the Oromiya Region, with its 28,268 habitants is a place located in Ethiopia, 265 km South-West of Addis Ababa, the country's capital. The farm with a wet mill is located 2040 masl and it is planted with different variety selections from the Jimma research centre. Mustefa has recently registered as an exporter in order to start selling his coffee directly to buyers, which he is now able to do thanks to the changes to regulations in force in Ethiopia.

He has set up a small wet mill where he processes his farm's and outgrowers' coffee, which he keeps separate and dries on raised beds near his house. Mustefa's outgrowers are all neighbours and have between 4 and 10 hectares of land each. He is processing both natural and washed coffee and all of it is dried semi-shaded. 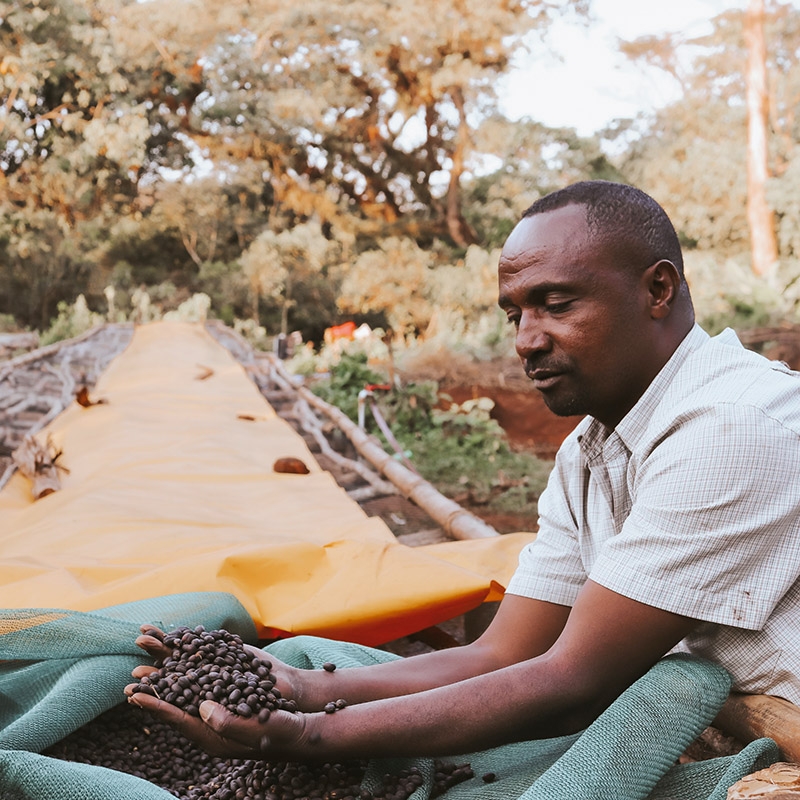 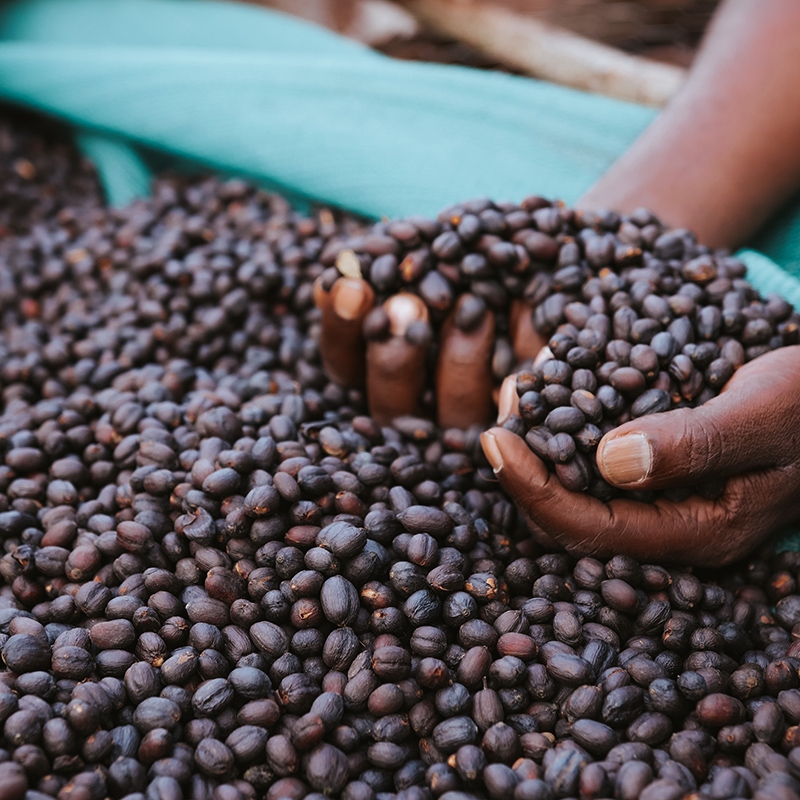 Washed coffees showcase solely the bean. They let you taste you what’s on the inside, not the outside. Washed coffees depend almost 100% on the bean having absorbed enough natural sugars and nutrients during its growing cycle. This means the varietal, soil, weather, ripeness, fermentation, washing, and drying are absolutely key.

Washed coffees reflect both the science of growing the perfect coffee bean and the fact that farmers are an integral part of crafting the taste of a coffee bean. When looking at washed coffees, it becomes apparent that the country of origin and environmental conditions play a vital role in adding to the flavour.

During wet processing, the pulp (i.e.the exocarp and a part of the mesocarp) is removed mechanically. The remaining mesocarp, called mucilage, sticks to the parchment and is also removed before drying. During this process, the sugars present in the mucilage are removed through natural fermentation or mechanical scrubbing. Mucilage is insoluble in water and clings to parchment too strongly to be removed by simple washing. Mucilage can be removed by fermentation followed by washing or by strong friction in machines called mucilage removers. Fermentation can be done by stacking the coffee outside or placing it under water and allowing nature to take its course. After the sugars are removed, the beans then can be taken through a secondary washing to remove any additional debris, or taken immediately to the beds for drying

Mustefa has a small disk pulper, which he uses for half of his coffee, while the other half is dried and, essentially, naturally processed. Due to lack of water in the area and limited space to ferment the coffee, Mustefa ferments it for a short period of time before he moves it to its drying beds, and the result is something like a light honey process. 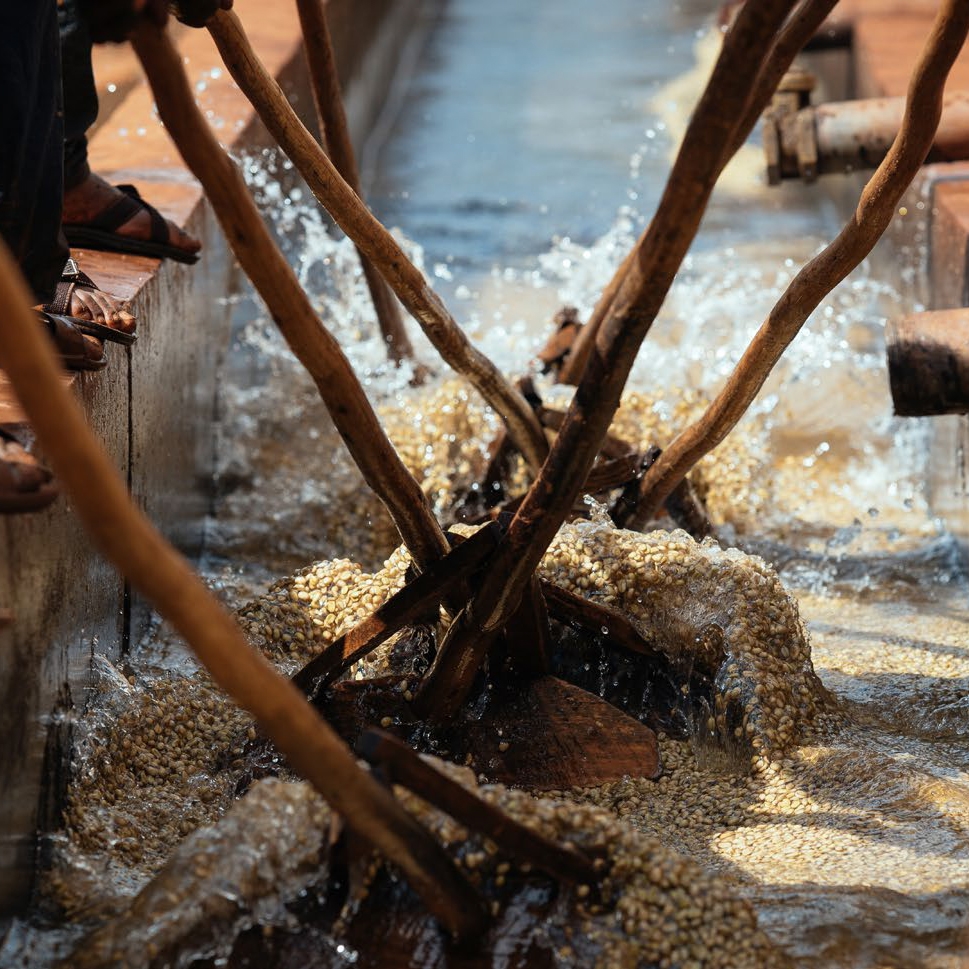