This is the first Holiday Coffee in the history of Gardelli Specialty Coffees, and we decided to make it really festive and special! Rather than creating a holiday blend with the lots we already have, which is often done, Rubens decided to release a brand new single origin! We have only one blend, and it is crafted to maintain constant profile throughout a year, - because our Holiday Coffee will only be available during the festive season it does not need the consistency of a blend.

How, then, did Rubens pick this lot? First, we wanted to really treat you and your loved ones, and because we at GSC are obsessed with freshness, Rubens went for the freshest coffee he could lay his hands on. Among the lots that reached the European shores as recently as in November are Peruvian coffees, and that is the origin Rubens chose.

This Peruvian lot was chosen for its freshness, but also for its cup profile - it is balanced and fruity, so it will satisfy the palates of both experienced coffee lovers and their friends and family who may prefer something not too complex. Its pleasant acidity is not overwhelming - just what you need after a rich, multiple-course holiday meal!

This lot consists of day lots from producers located in districts around the San Ignacio - Chirinos, San Jose de Lourdes and Tabaconas. The producers in these areas pick and process their coffee themselves and usually dry it on a lined patio. The the most widely cultivated varieties are caturra, castillo and typica. The Cajamarca region holds a lot of potential for quality coffee, with ideal growing conditions and great varieties. 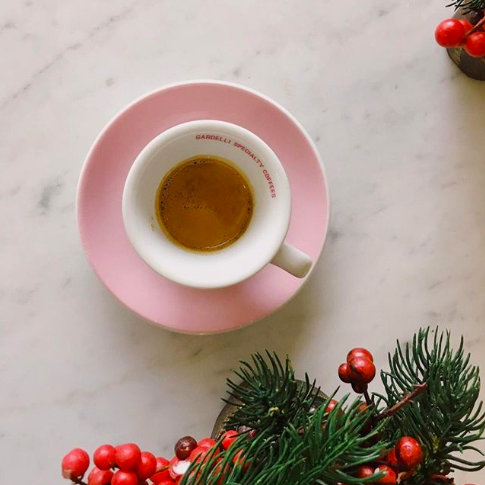 Caturra coffee varietal was developed by the Alcides Carvalho Coffee Center of the IAC, Instituto Agronomico of the Sao Paulo State in Brazil.

In 1937, IAC received seed samples of genetic material originated on the border of the states of Minas Gerais and Espírito Santo. The samples came from Red Caturra and yellow Caturra cultivars. These two cultivars originated by natural mutation of Bourbon Red, originally a tall coffee shrub, found in the Serra do Caparaó , which is now a mountainous National Park north east of the city of Rio de Janeiro.

This is the first naturally occurred coffee mutation found, with small size and high yield capacity. Red and Yellow Caturra are characterised by the cherries sitting close to each other on the coffee shrub. These varietals have excellent cup quality, because they are very close genetically to the Bourbon varietal.

Castillo is named after the researcher Jamie Castillo, who helped Cenicafe, Colombia’s coffee research centre, develop the varietal in 2005. 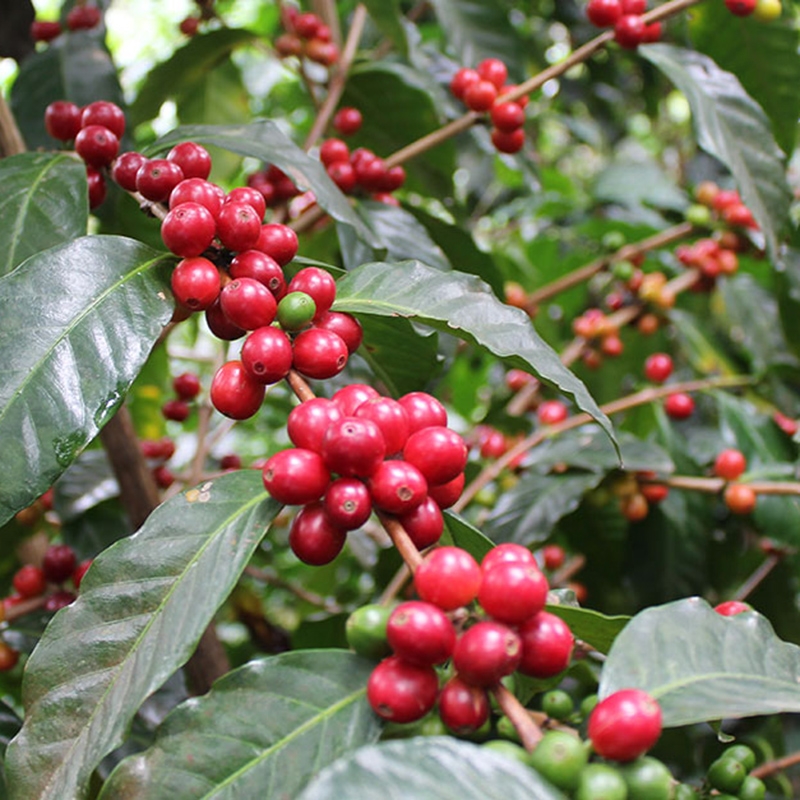 Washed coffees focus solely on the bean. They let you taste what’s on the inside, not the outside. Washed coffees depend almost 100% on the bean having absorbed enough natural sugars and nutrients during its growing cycle. This means the varietal, soil, weather, ripeness, fermentation, washing, and drying are absolutely key.
Washed coffees reflect both the science of growing the perfect coffee bean and the fact that farmers are an integral part of crafting the taste of a coffee bean. When looking at washed coffees, it becomes apparent that the country of origin and environmental conditions play a vital role in adding to the flavour.

During wet processing, the pulp (i.e.the exocarp and a part of the mesocarp) is removed mechanically. The remaining mesocarp, called mucilage, sticks to the parchment and is also removed before drying. During this process, the sugars present in the mucilage are removed through natural fermentation or mechanical scrubbing. Mucilage is insoluble in water and clings to parchment too strongly to be removed by simple washing. It can be removed by fermentation followed by washing or by strong friction in machines called mucilage removers. Fermentation can be done by stacking the coffee outside or placing it under water and allowing nature to take its course. After the sugars are removed, the beans then can be taken through a secondary washing to remove any additional debris, or taken immediately to the beds for drying. 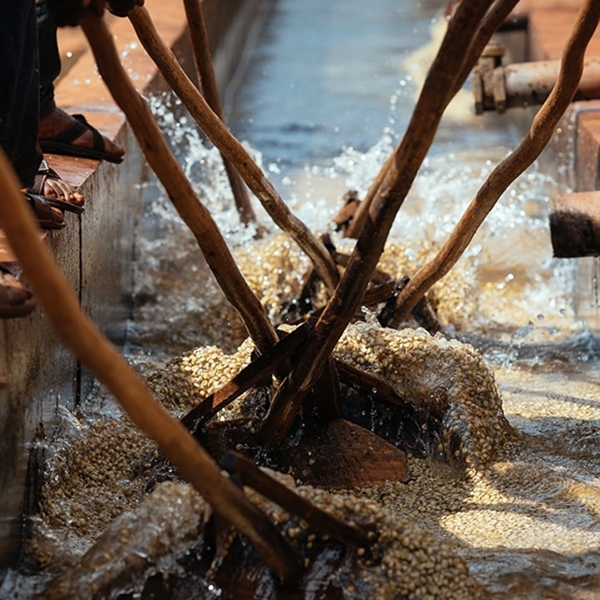