Bynekere Estate, started by their grandfather Mr. Devegowda, is currently run by the third generation of coffee growers at an altitude of above 4000 feet.

Their Estate is nested in the misty valley of western Ghats of South India, located at 20kms from Chickmagalur town towards 'Muthodi' forest also known as Bhadra wildlife sanctuary. Their Arabica coffee is traditionally shade grown with dappling sunlight. Silver oaks, red ciders, teaks and many other forest trees find their place here. The variety SLN 795 was introduced into the plantation in the late 1940's and cultivated till date.

In addition to being proud of their biodiversity of plant and animal life, Bynekere Estate has undertaken social measures like opening a school, providing primary health care for their employees and the villages around.

Residing at the estate bungalow adds immensely to the experience of good cultural practices carried out over the years, perfecting every step in producing a fine cup. 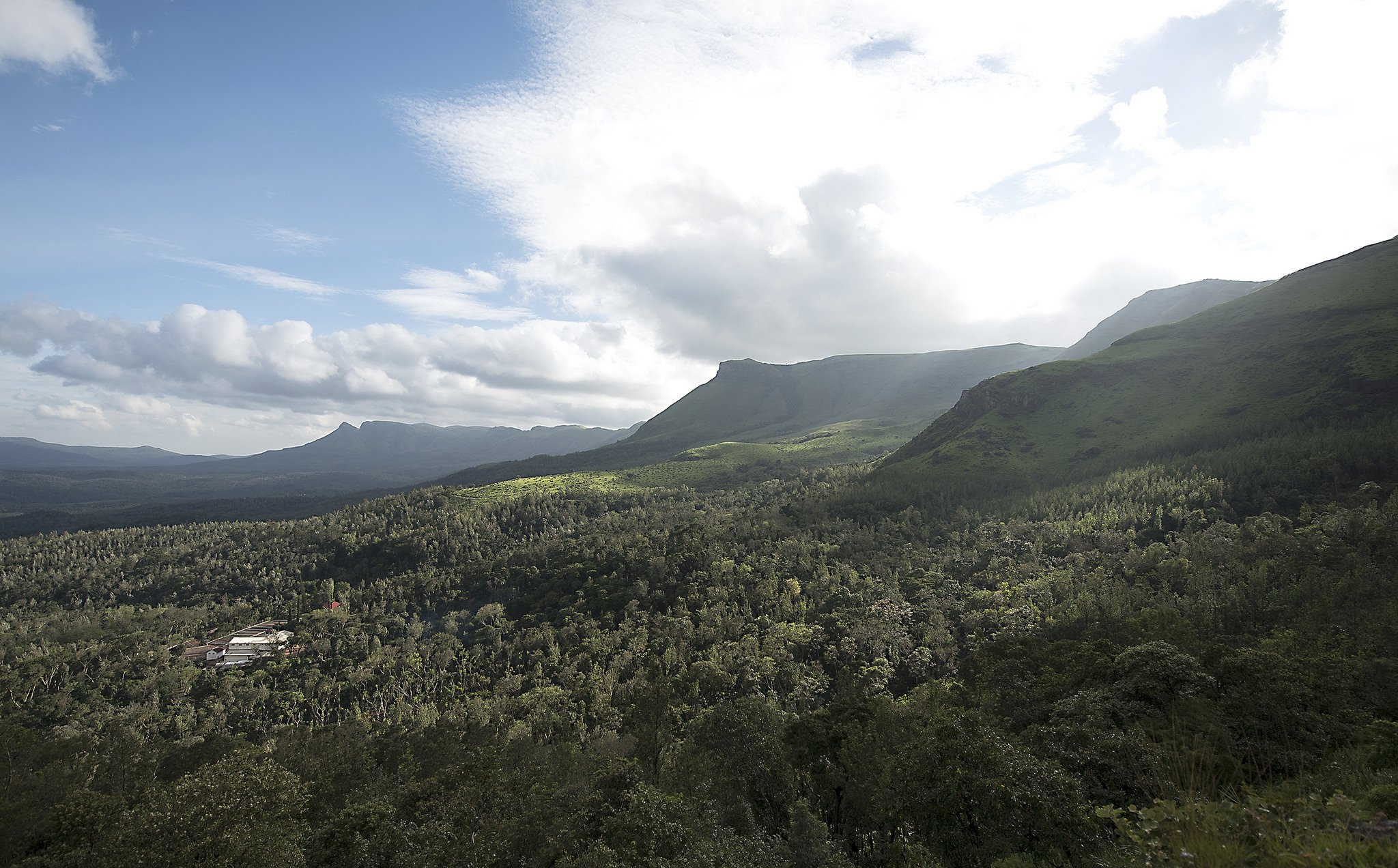 Commonly known as “Jember” by Indonesians, S795 (also known as Selection 795) was selected by Balehonnur Coffee Research Station in India. It is thought to be the cross of S288 (a natural hybrid of Liberica and Arabica) and an old Kent variety (a Typica variety that has been adapted to growing conditions in India). S795 is the most commonly planted Arabica coffee in India and Southeast Asia and was one of the first coffee leaf rust resistant varieties to be discovered.

Coffee connoisseurs from over the world were introduced to the seeds of a new variety of Arabica plant called Chandragiri by the Central Coffee Research Institute (CCRI) in December 2007. The Chandragiri plant, which was introduced to the coffee planters in India for commercial exploitation, received good response from them and since then there has been a huge demand for the seed. The Chandragiri is a semi-dwarf variety, with its bush growth vigorous in comparison to other dwarf coffee varieties like Cauvery and San Ramon. Its leaves are broader, thick and dark green in colour. It is to be noted that this variety produces relatively bolder and longer beans compared to other Arabica selection.

It is interesting to note that the feedback from the coffee growers on the field performance of this variety is very encouraging. The genetic uniformity, the initial crop yields and the field tolerance to leaf rust have also been reported to be good. Along with this, the majority of growers used Chandragiri for gap filling purposes or interlined them in the existing plots.

The Chandragiri variety followed by Catuai x HDT manifest good field tolerance to rust compared to other semi-dwarf varieties. The Chandragiri variety also has a definite advantage with respect to superior grade percentages as over 70 per cent of the beans belong to 'A' grade on average, of which 25- 30 per cent belong to AA grade with superior bean density. When compared to other varieties, the per cent of 'A' grade beans range between 60-65 per cent with 15-20 per cent AA grade. 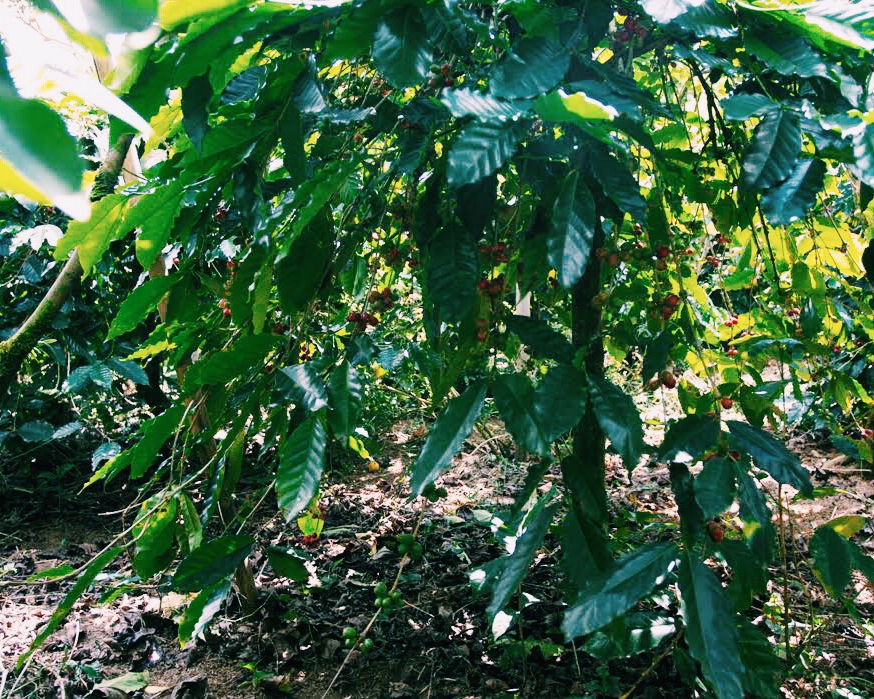 Washed coffees focus solely on the bean. They let you taste what’s on the inside, not the outside. Washed coffees depend almost 100% on the bean having absorbed enough natural sugars and nutrients during its growing cycle. This means the varietal, soil, weather, ripeness, fermentation, washing, and drying are absolutely key.
Washed coffees reflect both the science of growing the perfect coffee bean and the fact that farmers are an integral part of crafting the taste of a coffee bean. When looking at washed coffees, it becomes apparent that the country of origin and environmental conditions play a vital role in adding to the flavour.

During wet processing, the pulp (i.e.the exocarp and a part of the mesocarp) is removed mechanically. The remaining mesocarp, called mucilage, sticks to the parchment and is also removed before drying. During this process, the sugars present in the mucilage are removed through natural fermentation or mechanical scrubbing. Mucilage is insoluble in water and clings to parchment too strongly to be removed by simple washing. It can be removed by fermentation followed by washing or by strong friction in machines called mucilage removers. Fermentation can be done by stacking the coffee outside or placing it under water and allowing nature to take its course. After the sugars are removed, the beans then can be taken through a secondary washing to remove any additional debris, or taken immediately to the beds for drying.

Bynekere Estate has chosen a special 23 hours long fermentation in sugar cane juice to add more clarity to the cup profile. With 9 days of total drying time, coffee is dried in the shade for first two days and later in the sun. 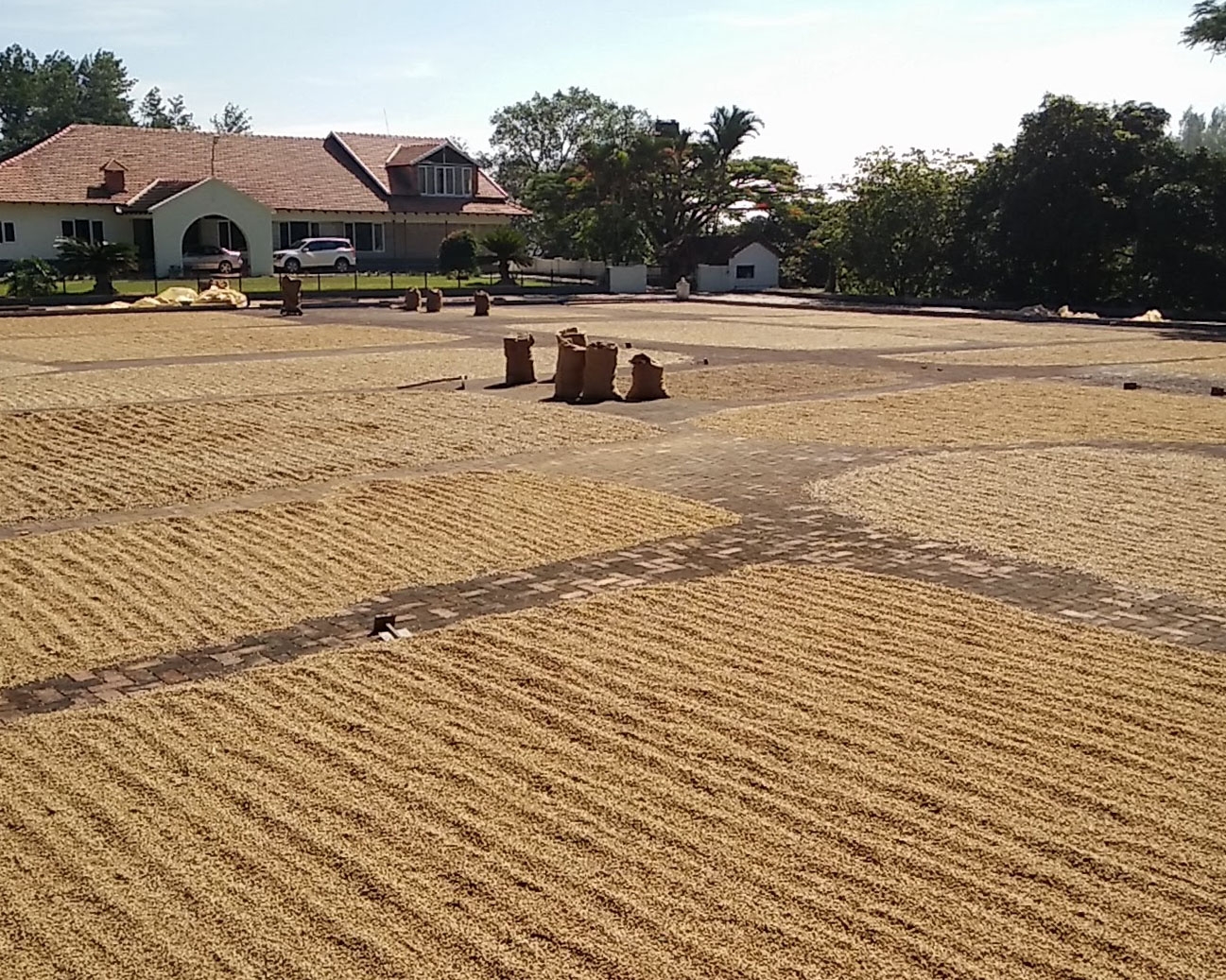